Join us for a FAIRBANKS VETERANS DAY TELEVISION SPECIAL 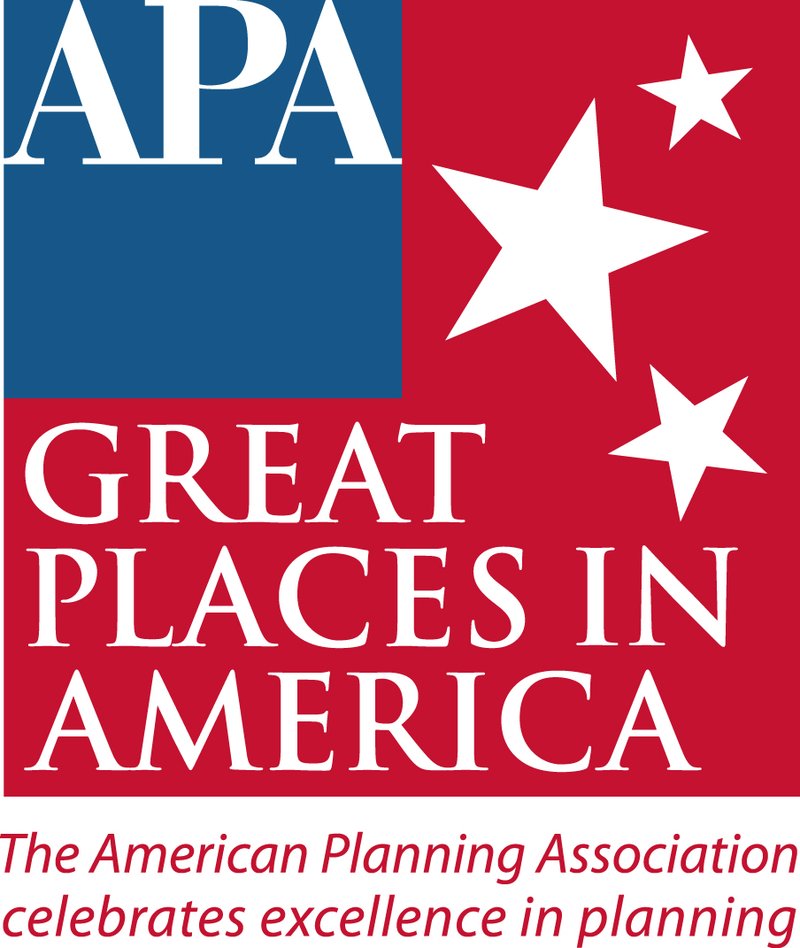 Golden Heart Plaza in downtown Fairbanks, Alaska, is a riverfront gathering center that serves as a community venue for many popular activities and events. With its seasonal events and artistic local flair, Golden Heart Plaza has truly captured the resilient spirit of Fairbanks. 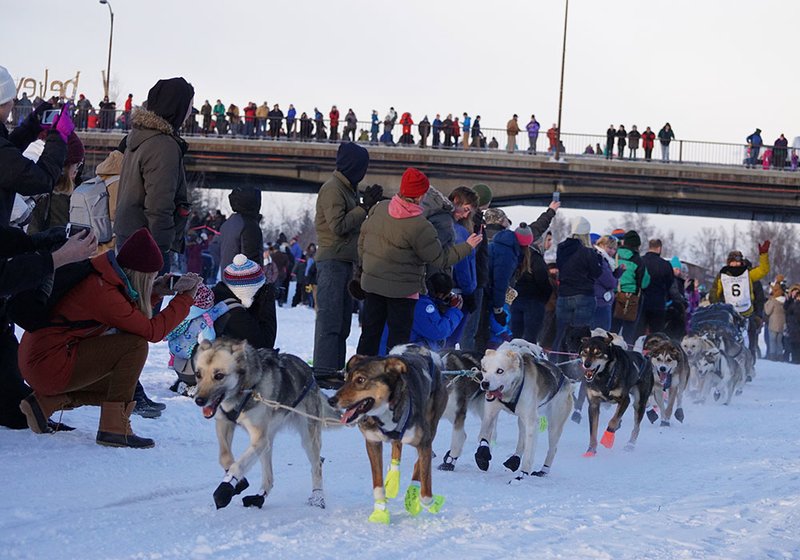 Yukon Quest on the Chena River. Photo by Nancy Durham.

The Chena River, as it flows through downtown Fairbanks, is lined with six community parks, almost 100 acres of parklands. Golden Heart Plaza is considered the center of the system, located between the Chena River and 1st Avenue at Cushman Street, the main thoroughfare through town. 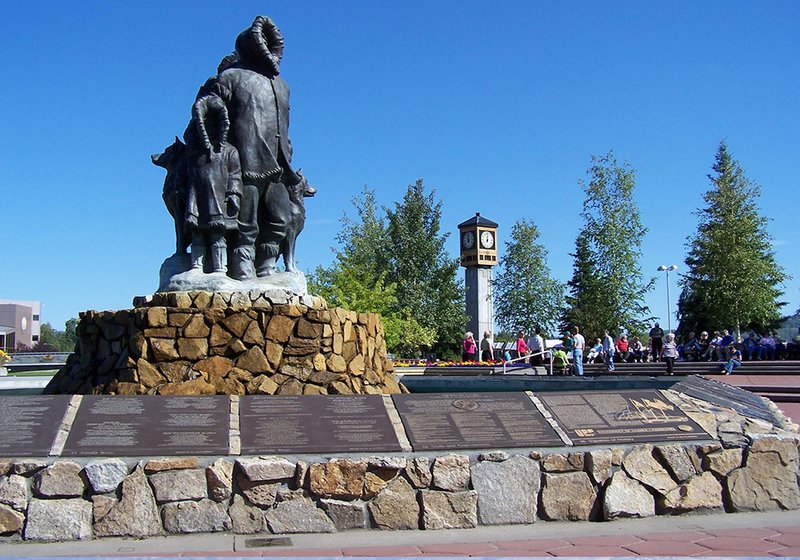 In 1901, E.T. Barnette was stuck. After taking a detour up the Chena River while transporting a large load of supplies upriver, the riverboat was grounded by low water. Unable to safely turn around, Barnette disembarked and established his trading post on the river's banks — just in time for the Fairbanks Gold Rush the following year, turning Barnette’s misfortune into a prosperous endeavor.

Completed in 1986, Golden Heart Plaza is located where the center of gold-rush activity occurred. The decorative-concrete plaza features a ramp that leads directly down to the river, the literal and figurative heart of Fairbanks. The plaza boasts more than 70 bronze plaques that act as a permanent register of names of Interior Alaska families, organizations, and institutions, along with historical vignettes.

The plaza’s central feature is a fountain statue, "Unknown First Family" by Malcolm Alexander. Standing 18 feet high with water cascading over it into the surrounding pool, the statue has been dedicated to all the Alaska families of the past, present, and future.

Fairbanksans and tourists alike have congregated at Golden Heart Plaza to celebrate holidays, festivals, and other quirky Alaskan events. From the 25th Anniversary of Statehood Celebration to the “Tired Iron” antique snowmobile race, the plaza is a focal point in the life of the community.

The plaza embraces Alaska’s seasonal patterns by programming events suited to climatic extremes. In the summer, Golden Heart Plaza comes alive with flowers and an open-air concert series, while a seasonal boat dock provides access to the river. In the winter, the plaza is strung with twinkling white lights and offers a perfect vantage point for watching events like the Yukon Quest International Sled Dog Race or winter fireworks on the frozen Chena River. 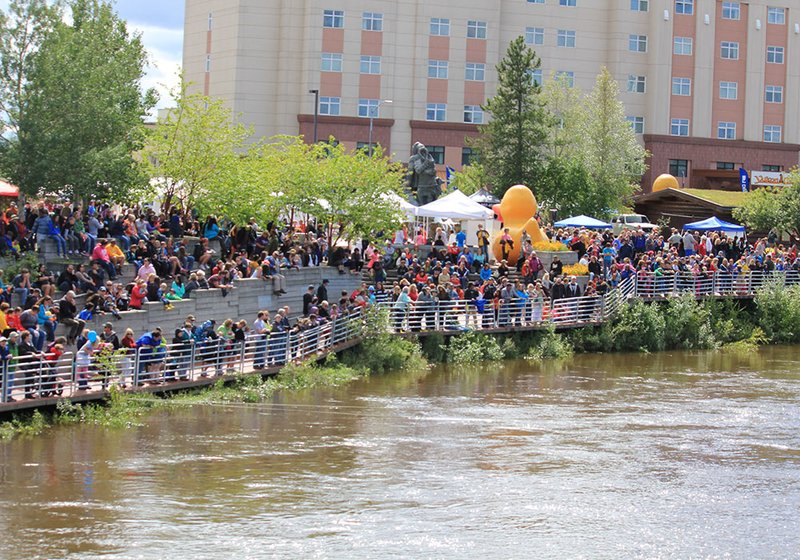